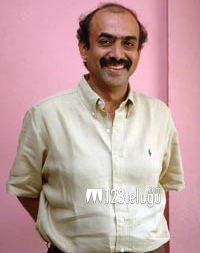 Comedy hero Sunil’s ‘Bheemavaram Bullodu’ is getting ready for a release this 14th. The movie is expected to have good levels of comedy and entertainment, making it a perfect commercial entertainer.

The movie has been produced by D.Suresh Babu on Suresh Productions banner. Suresh Babu expressed his optimism about the movie’s chances at the Box Office. “The story of Bheemavaram Bullodu has universal appeal. This is not a subject limited for Sunil. In fact, any hero like Venkatesh or Ravi Teja would have been able to fit in just as easily. Sunil has done a good job and the movie will do well”, he said.

Esther will be seen as the heroine in this movie and Uday Shankar is the director.