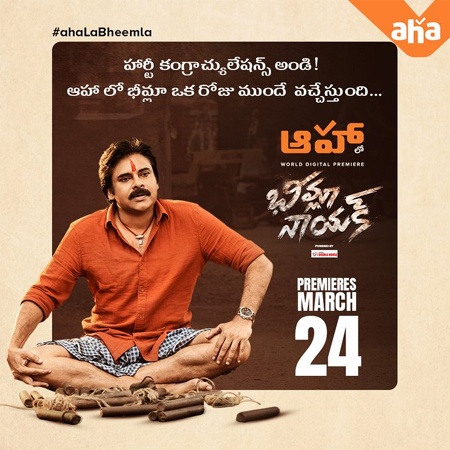 Pawan Kalyan and Rana’s Bheemla Nayak, which was initially announced for OTT premieres on 25th March has deferred its release plan. The film will be arriving a day earlier than initially planned.

Bheemla Nayak will be made available for streaming on Aha Video and Disney+ Hotstar from the 24th of this month. These two OTT platforms took to social media to confirm the same.

Aha Video announced that Bheemla Nayak is the first film to stream in 4K resolution and Dolby 5.1 sound on the platform.

This is the first time a mainstream Telugu biggie is premiering on two different OTT platforms on the same day. 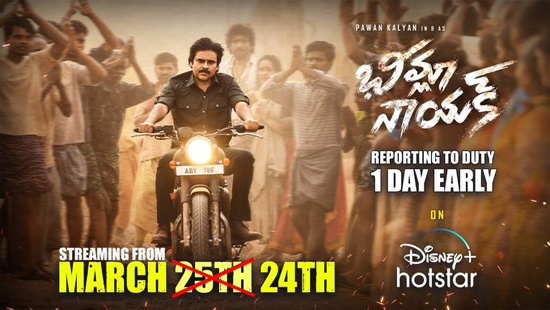