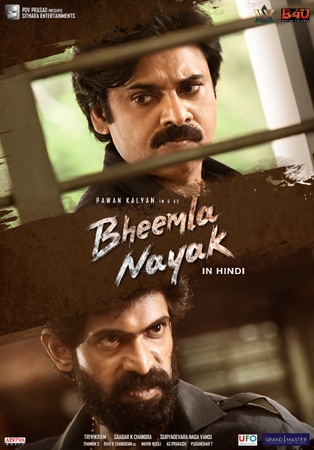 After becoming a sensational hit in Telugu states and overseas, the Pawan Kalyan and Rana Daggubati starrer Bheemla Nayak is ready for a grand release in Hindi.

Ahead of the theatrical release, the makers have planned to release the Hindi trailer sometime today. In the meantime, we will get a clear picture of the release date in the North belt.

Produced by Sithara Entertainments, the movie will be released by B4U Motion Pictures in Hindi. Nithya Menen, Samuthirakani, Samyuktha Menon, Rao Ramesh and others are also a part of the film. Thaman has scored extraordinary music for this action movie.