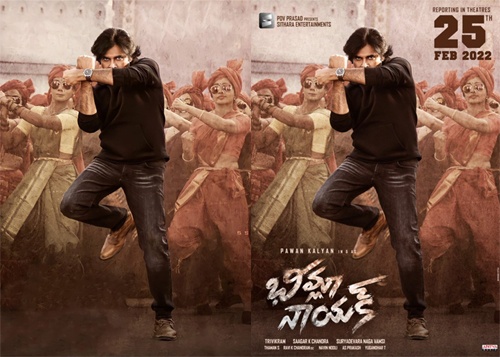 Pawan Kalyan and Rana Daggubati starrer Bheemla Nayak is gearing up for theatrical release on the 25th of this month. With under a week to go for the film’s release, the makers look set to kickstart the promotional campaign.

The latest we hear is that the theatrical trailer of Bheemla Nayak might be unveiled on the 19th of this month. The same might be officially confirmed by the makers of the action drama by the end of the day today.

The pre-release event of Bheemla Nayak is scheduled to be held on the 21st of February. As mentioned, the film is up for release on the 25th of this month. Saagar K Chandra is directing the film.