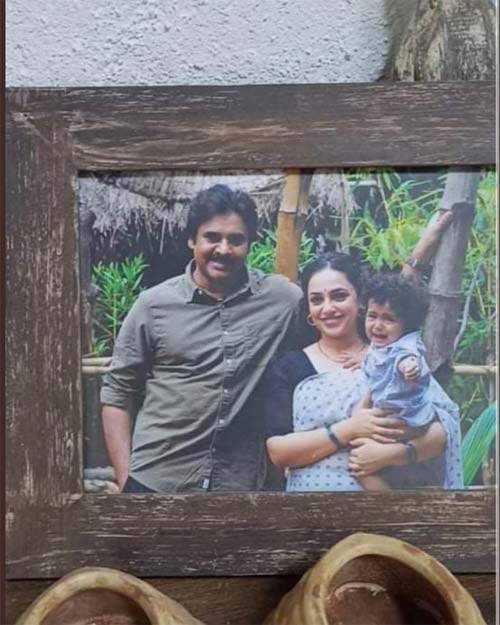 The movie is scheduled to hit the screens worldwide on February 25, 2022. Now, the movie is in the news because of a special photo.

It is already known that Nithya Menen is playing Pawan Kalyan’s wife in the movie. Now, a family picture of Pawan and Nithya from the movie has surfaced online and gone viral in no time. Both the actors look so beautiful in the picture, which gained the hearts of their fans.

Directed by Saagar K Chandra, the movie has Trivikram as a screenwriter. Sensational music director, Thaman S has scored music for the most-awaited movie.