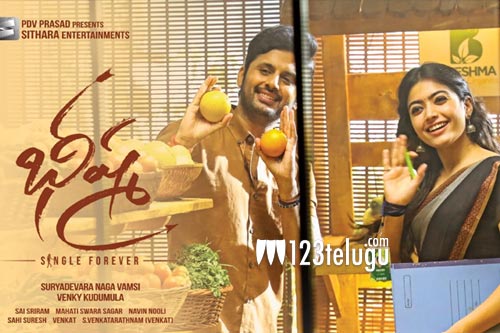 Nithin’s Bheeshma is all set to hit the screens on the 21st of this month and the three songs that have come out have also clicked well with the audience.

The film is also releasing in the US in a big way as it will come out in close to 165 locations. This is the highest ever release for a Nithin film in the US.