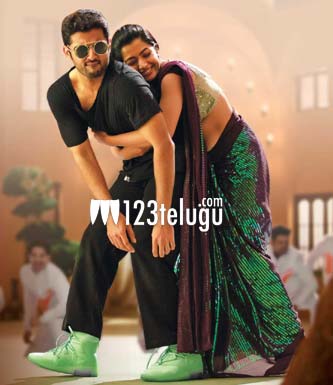 Nithiin and Rashmika’s upcoming romantic entertainer, Bheeshma is all set to hit the screens on February 21st as Sivaratri special. The film is carrying decent buzz among the audience and trade circles.

Meanwhile, the latest update is that top producer Dil Raju has bagged the Nizam rights of Bheeshma by offering a fancy price of about Rs 6.5 crores.

Being directed by Chalo fame Venky Kudumula, the film is said to be an out and out entertainer. Naga Vamsi S is the producer and Mani Sharma’s son Mahathi Swara Sagar is the music composer.