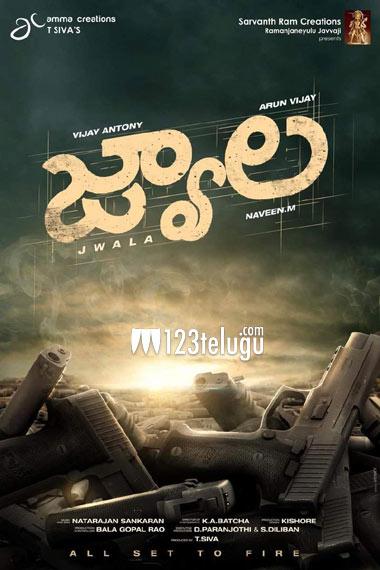 Music composer turned hero Vijay Antony is well-known to Telugu audiences for his movies like Bichagadu, Roshagadu and Saithan. He is all set to make his debut in Tollywood with a Tamil-Telugu bilingual film. Titled Jwala, Vijay Antony’s first Telugu film was launched yesterday in Hyderabad.

Jwala also has Arjun Reddy actress Shalini Pandey and Nawab and Bruce Lee actor Arun Vijay in key roles. Naveen is directing this film, which is touted as an action entertainer. T Siva is bankrolling this film. The film’s Tamil version has been titled Agni Siragugal.