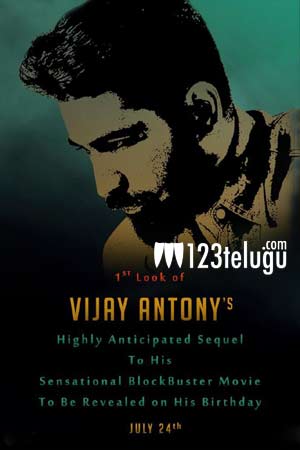 Released in 2016, popular Tamil actor-music composer Vijay Antony’s Bichagadu (Pichaikkaran in Tamil), went on to become a huge blockbuster and cemented the actor’s position in the industry. The film was directed by Sasi and it featured Satna Titus and Dheepa Ramanujam in key roles. Now, the film’s sequel is in the pipeline.

On July 24th, on the occasion of Vijay Antony’s birthday, the makers of Bichagadu sequel will be unveiling the film’s first look poster. The makers are still tight-lipped about making the sequel and are maintaining the suspense over the first look by calling it a “sequel to Vijay Antony’s sensational blockbuster movie.”