Big announcement – Rajamouli to release Brahmastra in south
Published on Dec 18, 2021 11:50 am IST 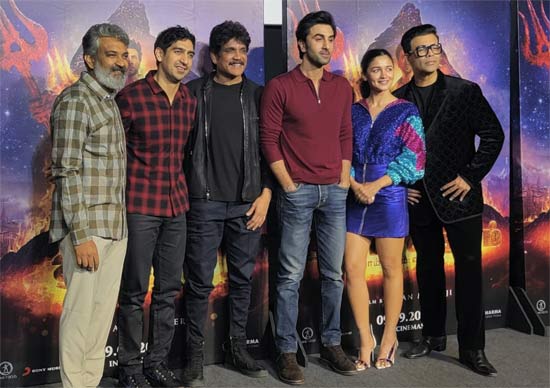 Brahmastra is a film that has been in the making for the last three years. Directed by Ayan Mukherjee, the film has Ranbir Kapoor and Alia Bhatt in lead roles.

King Nagarjuna also plays a key role and the entire team met the press for a special announcement today. Rajamouli himself revealed that he will present the film in all the south Indian languages himself. Karan Johar, who produces this film has got the deal fixed

This is big news as Rajamouli’s name getting attached to such a film will only take the hype to the next level. Brahmastra will release in multiple parts on the 9th of September 2022.