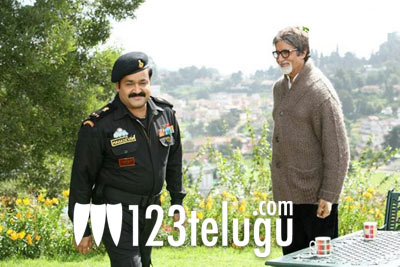 Amitabh Bachchan and Mohanlal acted together in the Malayalam flick ‘Kandahar’. This film soon be seen in Telugu and the dubbing activities are currently on. Major Ravi directed this film and the Telugu version is being released by Seshagiri and D.K.Vishwanadh.

Amitabh,Mohanlal, Sumalatha Ganesh Venkatraman and Kaveri Jha are the prominent actors in this film. Music has been scored by Shamir Tandon.