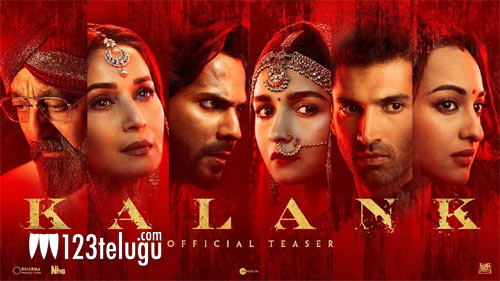 Kalank was a film which many were waiting for eagerly. After a solid round of promotions, the film released today and is looking to make the most of it during the long Good Friday weekend.

But the news coming out reveals that the film has opened to some very mixed reviews all over. The film has been panned by several critics like Taran Adarsh citing it as disappointing.

While some are liking the extravagant sets and performances, a few are loving the drama in it. Whatever be the reason, the film will be tested big time during the weekend.