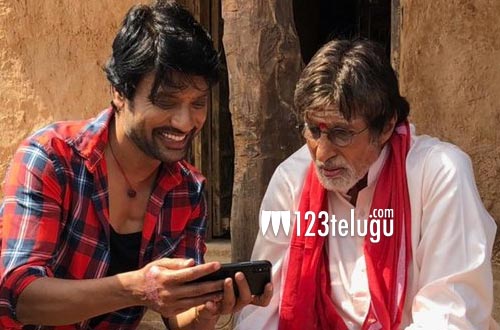 Age is just a number for Big B, Amitabh Bachchan, who is one of the busiest actors in the country even at the age of 76. The actor recently wrapped up shooting for Sye Raa Narasimha Reddy. Meanwhile, he has begun shooting for her debut film in Tamil, Uyarntha Manithan.

Apparently, the team had asked Big B for 40 days to finish shooting his portion, but the veteran actor is said to have requested the team to finish his part in 35 days since he’s busy with other projects. SJ Suryah, his co-star in the film, was thrilled that his longtime dream to work with Amitabh Bachchan has come true, but he was shocked to see Big B’s workload. “We had requested him for 40 days. He showed me his calendar for next year and I was so inspired that he’s so busy even at this age. He requested us to complete his portion in 35 days,” SJ Suryah said.

Tamilvanan is directing the film and it’ll release in Tamil and Hindi.

Happiest moment of my life … thank you God , mom, dad for fulfilling a dream which I have never even dreamt of …. 🙏 toThe evergreen superstar ⁦@SrBachchan ,⁩ sharing it with our super star ⁦@rajinikanth⁩ & Dir ⁦@ARMurugadoss⁩ pic.twitter.com/Dwpd2s2nJG