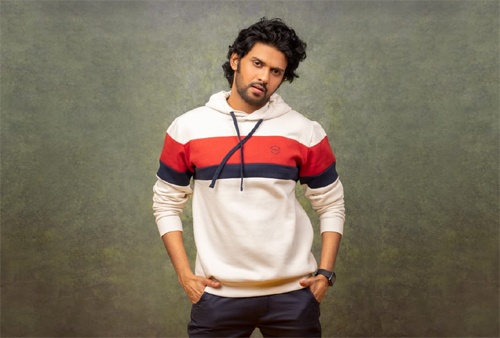 Talented young hero Naveen Polishetty is just 2 films old as a hero and both the movies have been super hits. After Agent Sai Srinivas Athreya, his latest blockbuster comic caper, Jathi Ratnalu, has consolidated his position in Tollywood.

Jathi Ratnalu released during the pandemic and ended up collecting a whopping Rs 65 crore plus gross across the world. Despite the 50 percent occupancy rule, the film created a sensation by surpassing the $1 million milestone in the USA.

With Chichchore, Agent Sai Srinivas Athreya and Jathi Ratnalu, Naveen scored a memorable hat-trick. His script selection has made him a bankable star in Tollywood and the promotional videos he made during Jathi Ratnalu’s release brought him closer to young audiences.

Thanks to this huge craze, Naveen has now become the go-to man for top Tollywood filmmakers, who are even willing to shell out a cool Rs 5 crore as his paycheck. Naveen is currently enjoying a break in the USA and he will be announcing his new projects upon his return.