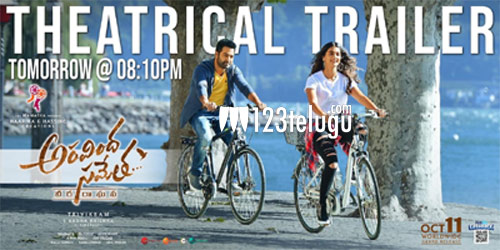 Following the solid response for the film’s teaser and the soundtrack composed by Thaman, fans of NTR and Trivikram have been eagerly awaiting the arrival of the film’s trailer. And here’s the big update.

Young Tiger NTR will be launching Aravindha Sametha’s trailer tomorrow at 8:10 pm, during the film’s pre-release event. Aravindha Sametha’s censor formalities will be completed this week. The film is all set for a grand gala release on October 11, to cash in on the upcoming Dasara holidays.