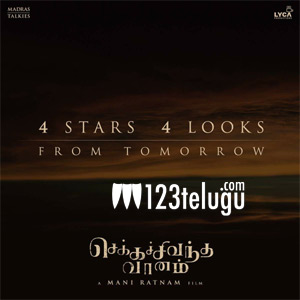 A couple of days ago, the makers of legendary auteur Mani Ratnam’s much-awaited film, Nawaab, (Chekka Chivantha Vaanam in Tamil) confirmed the film’s release date as September 28th. And tomorrow, the makers are going to come up with a big promo stint.