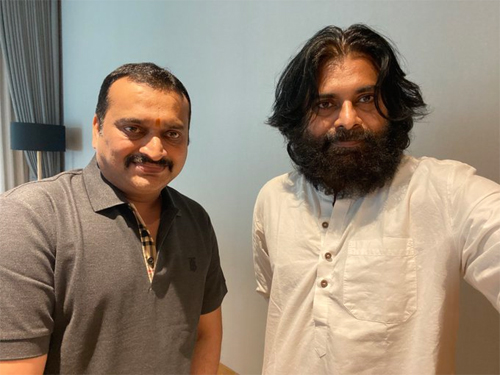 Here comes an exciting update. After signing a series of projects, hero Pawan Kalyan has just okayed yet another crazy project. The star hero will be teaming up with his die-hard fan and producer Bandla Ganesh for an as-yet-announced film.

An excited Bandla Ganesh himself has made the news official on his Twitter page. “My boss said okay and once again my dreams come true. Thank you my god,” Ganesh tweeted. Ganesh had earlier produced Pawan’s Teen Maar and Gabbar Singh. He has been going through a rough patch for the last few years, and trying hard to get Pawan’s nod for the third time. More details will follow soon.

My boss said okay and once again my dreams come true .
Thank you my god ⁦@PawanKalyan⁩ 🙏. pic.twitter.com/x0s1nQy3Fy