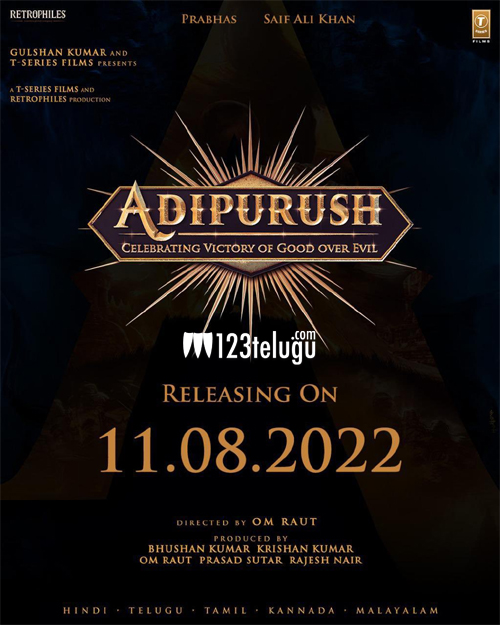 Adipurush is currently in the pre-production stage and will go on floors in January, 2021 as scheduled earlier. Bollywood star Saif Ali Khan will be playing the main antagonist in this high budget 3D epic mythological magnum opus.