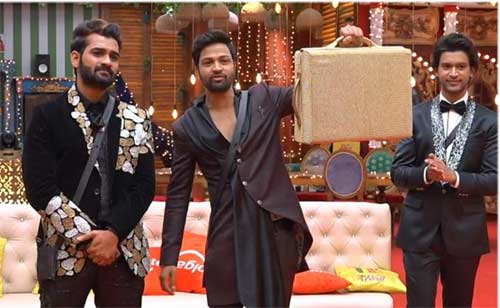 Sohel is one of the most popular contestants in the Bigg Boss show in the last season. The manner in which he won hearts was there to see in the house and among the audience as well.

But when the makers offered him 25 lakhs, he did not think one bit and took away the cash. Nag also gave him another 10 lakhs and made him even happier.

But his gesture of taking money did not go well with a section that wanted to see Sohel win the show at any cost. So many comments were passed on social media that he has played with their emotions and got attracted to money.

But the general perception is that Sohel knew that he would not win the show and cleverly used his brain and took away the cash. He won 25 lakhs and the winner Abhijeet also won 25 lakhs. So, this was a smart move from Sohel.