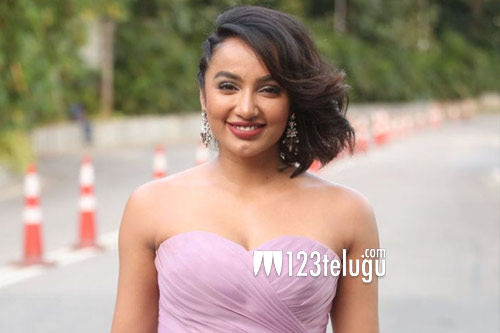 Young starlet Tejaswi Madivada had created quite a buzz in Bigg Boss Season 2. However, the young actress has not signed any movie since last year and at one point, she had even contemplated bidding goodbye to the film industry. But a trip to Thailand and a scuba diving experience had changed her mind and the actress is back to acting in movies.

As per the latest updates, Tejaswi will soon be seen in a four part anthology series, titled Commitment. The film is based on the much-talked-about #MeToo movement and it will throw light on the shady casting couch menace in the film industry. Given the intense subject, Tejaswi’s role will be quite bold and she will be performing a few intimate scenes.

Commitment is being directed by Lakshmikanth Chenna of Hyderabad Nawabs fame. More details about the film will be out soon.