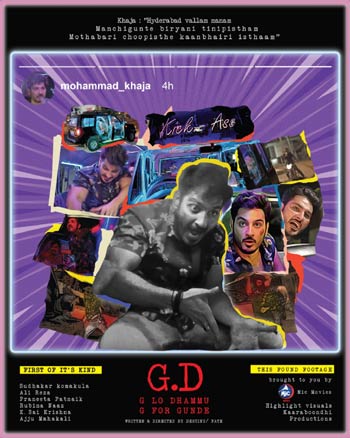 Ali Reza, the handsome young actor is making waves in the industry. With Bigg Boss, he received a lot of fame, and now, he has become super busy post the release of Wild Dog.

Ali Reza is busy with multiple projects and one of them is G.D, a crazy first-of-its-kind film in Telugu cinema. Speaking about the same, Ali says that the entire story of the film happens in a car.

Also adding, Ali says that four characters start on a special mission and this is captured by a YouTuber who places cameras in the car. All this is showcased in a hilarious manner through a situational comedy.

Ali plays Mohammad Khaja and the film is directed by Ajju Mahakali. Apart from that, Ali also has some big films lined whose details will be out soon.