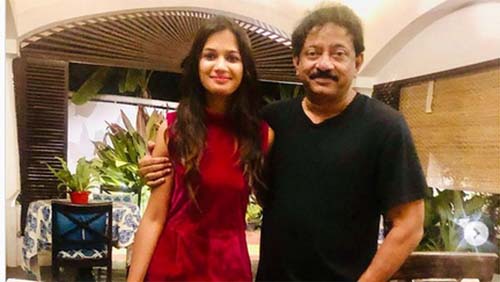 Noted YouTube anchor Ariyana Glory’s popularity increased after her participation in Bigg Boss Telugu season 4. She is currently enjoying a holiday in Goa with her friends. Earlier today, she took to Instagram and shared a few pictures of her posing with Ram Gopal Varma, the man who did a viral interview with Ariyana and made her popular.

“Finally I met my fav @rgvzoomin Garu after #biggboss. Tq for the valuable time Sir,” Ariyana posted. It’s well known that RGV had extended his support to Ariyana during Bigg Boss. He had even announced that he will make a film with her someday. In other news, RGV has moved out of Hyderabad and made Goa his base temporarily. He is looking after all his profesional work from Goa.