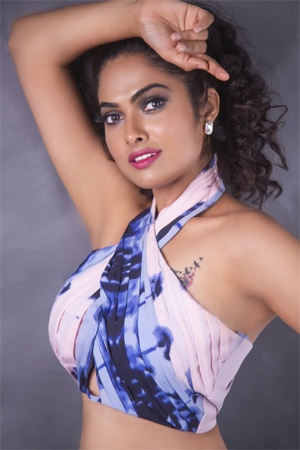 Aspiring actress Divi Vadthya’s career got a huge boost following her participation in the popular reality game show Bigg Boss Telugu 4. She has signed a few movies in which she will be seen in lead roles. Now, the young beauty has bagged a special honor.

Divi Vadthya has been chosen Hyderabad Times Most Desirable Woman on TV for the year 2020. The actress is thrilled with the honor and she said, “Never in my wildest dreams did I expect Hyderabad Times to ring me up to tell me I’m the most desirable woman on TV. It’s surreal and I can’t believe that it’s happened.”

Divi went on to say that more than her beauty, she thinks people admire her character. “I’d like to think of myself as a beauty with brains. Beauty can change with time but your intelligence stays with you and I’ve always tried to make an effort to be more knowledgeable,” she added.

Divi was last seen in Cab Stories which streamed on Spark OTT a few days ago. She will also be seen in one of Chiranjeevi’s upcoming films, apart from a film titled Lambasingi.