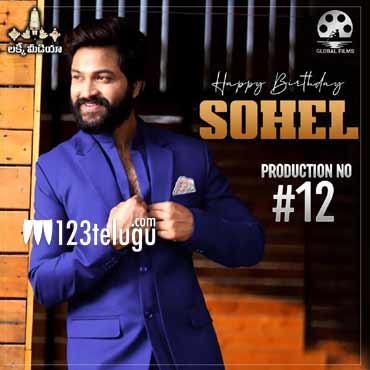 Young actor Syed Sohel is fully utilising the popularity he had amassed during his stint in the hit reality game show, Bigg Boss Telugu 4. Sohel, who has already signed a couple of films as a hero, has just signed his next project and an official announcement has been made this morning on the occasion of Sohel’s birthday.

Sohel’s new film will be bankrolled by noted producer Bekkem Venu Gopal under Lucky Media banner. The film is touted as a unique romantic entertainer and details regarding the film’s director, heroine and other cast and crew members will be out soon. Global Films banner will be co-producing this as-yet-untitled film.