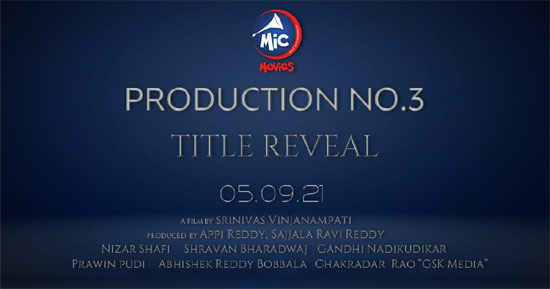 Sohel, needs no introduction at all. He won many hearts during his stint in the Bigg Boss Telugu 4. Even Chiranjeevi and Nagarjuna praised Sohel’s journey in the house.

It is a known fact that Sohel has signed a bold and unique emotional romantic drama that has never been attempted in Tollywood. The film will be directed by debutant Srinivas Vinjanampati and produced by George Reddy and Pressure Cooker producer Appi Reddy.

The makers will announce the film’s title on the 5th of September in a grand manner. The film will be quite surprising as it has so many twists as per the unit sources.