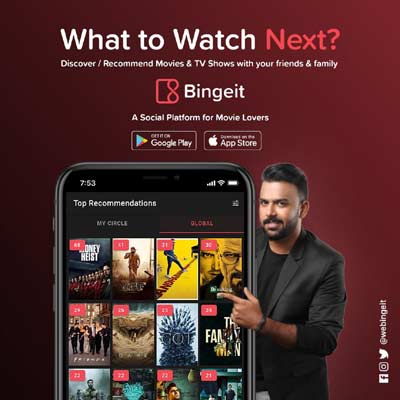 Popular director Tharun Bhascker has entered the world of mobile apps by launching an entertainment app named Bingeit. It’s a new age social platform for movie lovers and it solves their “What to Watch?” and “Where to Watch?” problems amid the countless shows and movies on various OTT platforms by choosing the best content.

On the work front, Tharun had completed his episode of the Telugu version of the super hit Netflix original, Lust Stories. He is also working on a script for Venkatesh. After making his acting debut with Meeku Maathrame Cheptha earlier this year, Tharun had also made his small screen debut with a talk show.

Currently, the Bingeit app is available for download on both iOS and Android. Here’s the link: