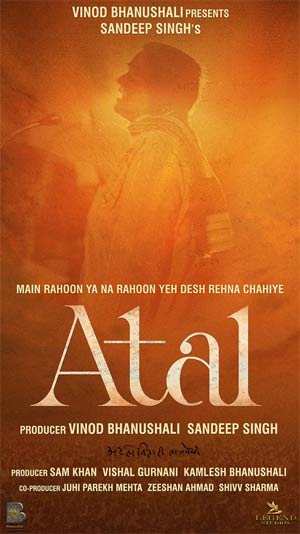 A film on India’s former Prime Minister Shri Atal Bihari Vajpayee ji is announced today. He served three terms as the Prime Minister of the country. Besides being a politician, he was a renowned poet and a writer.

The biopic is titled ‘Main Rahoon Ya Na Rahoon Yeh Desh Rehna Chahiye- Atal’. The movie is an official adaptation of the book ‘The Untold Vajpayee: Politician and Paradox’ which is written by Ullekh N.P and published by Penguin Random House India.

Vinod Bhanushali and Sandeep Singh are joining hands to produce this biopic. The project will go on floors in early 2023 and it is slated to release on Christmas 2023 which marks the 99th birth anniversary of the former Prime Minister. The cast details are yet to be confirmed by the movie team.