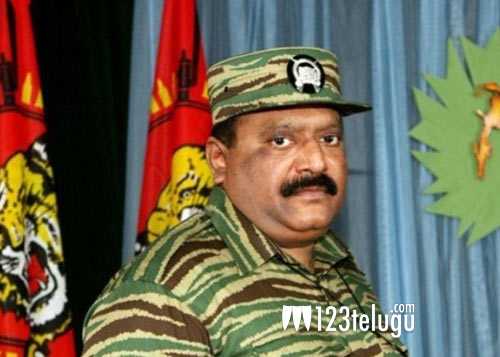 We all know that Manchu Manoj briefly played the role of the late LTTE head Prabhakaran in his film Okkadu Migiladu. The latest we hear is that a biopic is being made on Prabhakaran in Tamil.

The news now is that the film has been named as The Raging Tigers(Seerum Puligal). The action drama will be directed by noted filmmaker Venkatesh Kumar under the Studio 18 Productions banner.

Some known stars will be playing key roles in this film which will be made on a grand scale. Watch out this space for more updates on this project.