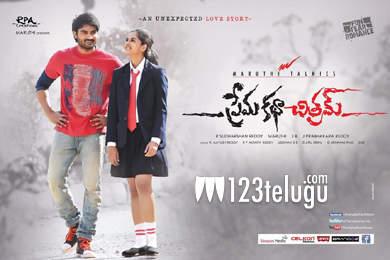 The 2013 sensational blockbuster, ‘Prema Katha Chitram’ will soon be remade into Hindi. The news has been confirmed by Superstar Krishna himself during a media interaction on the eve of his completion of Golden Jubilee in Telugu film industry. Superstar also said that Maruthi, the writer of ‘Prema Katha Chitram’ will be directing the Hindi remake.

Starring Sudheer Babu and Nanditha, ‘Prema Katha Chitram’ went on to earn huge profits for its producer and distributors. Cinematographer J Prabhakar Reddy turned director with this film and apart from writing
the script, Maruthi also acted as the direction supervisor.

The Hindi remake will be produced by Superstar’s production house, Padmalaya Studios.