Blockbuster Oke Okkadu and Vikramarkudu to get sequels​
Published on May 15, 2017 12:35 am IST 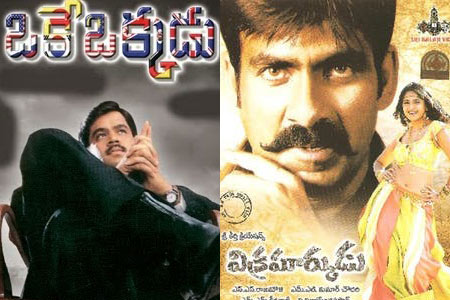 KV Vijayendra Prasad, senior writer and the man behind India’s biggest movie franchise Baahubali, has revealed that he is writing the stories for these two classic hits. However, the sequels will be made in Bollywood and not in Tamil or Telugu.

While Oke Okkadu, starring Arjun and Manisha Koirala, was remade in Hindi as Nayak with Anil Kapoor and Rani Mukherjee, Vikramarkudu too was remade in Bollywood as the Akshay Kumar-starrer Rowdy Rathore, directed by Prabhu Deva.