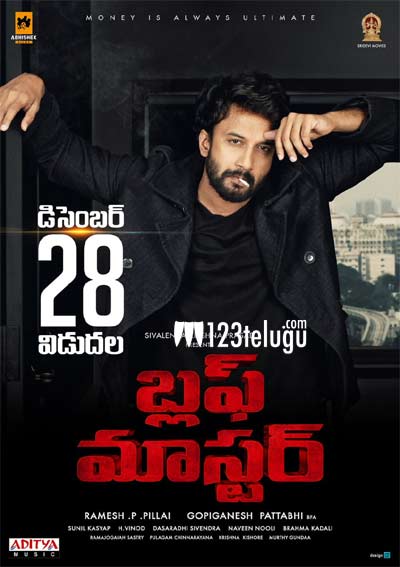 As reported earlier, the trailer of Bluff Master was released all over. The film stars Satya Dev as the main lead and looking at the trailer, things look very good for the young hero.

The film is all about a scam and how the young hero does things for money. The trailer showcased is quite interesting and for the first time in his career, Satya Deva plays a tailor-made role and he looks top notch and mouths good dialogues.

Speaking to us about the film, Satya says that he has pinned a lot of hopes on the film which has come out quite well. He also adds that the censor guys were very much impressed with the film.

He finally ends by saying that Bluff Master will change the way people look at him and will be a turning point in his career.