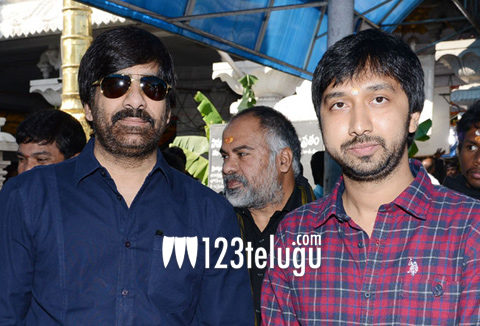 Mass Maharaja Ravi Teja and ‘Balupu’ writer Bobby have teamed up for a new movie and shooting has already started. Ravi Teja will be seen as a cop in this movie and his characterisation is expected to be quite unique. Sources say that Bobby is taking special care about Ravi Teja’s appearance in the film, as the Mass Maharaja will be showcased in an all new avatar.

Hansika is the heroine in the film and a second heroine’s name will be announced soon. The film is expected to hit the screens in summer 2014. Rockline Venkatesh is producing this movie and this film marks his entry into Telugu film production.

Thaman is composing the music for this mass entertainer.