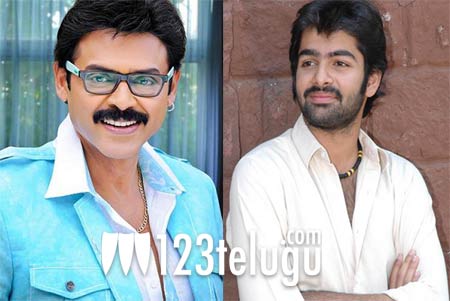 The Telugu remake of Bol Bachchan is expected to go on floors in couple of weeks. Venkatesh and Ram are teaming up for the first time and they would be reprising the roles of Ajay Devgan and Abhishekh Bachchan in the film. Vijaybhaskar is going to direct the film and this will be his third film with Venkatesh after Nuvvu Naaku Nacchav and Malleswari. Sravanthi Ravi Kishore and D Suresh Babu are going to jointly produce the film. The rest of the cast, including the heroines, will be announced soon. Buzz is that the film will be launched on March 13 whereas the principal shooting will commence from March 22. The Telugu title of the film hasn’t been finalized yet. Interestingly, neither Venkatesh nor Ram have confirmed any other project, apart from this remake.