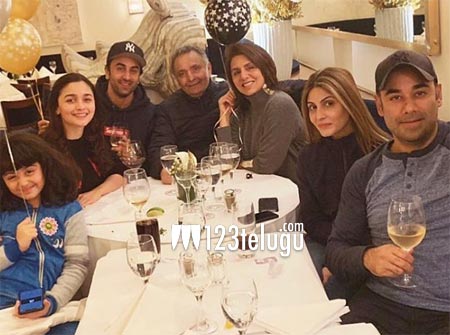 It is a known fact that veteran Bollywood actor, Rishi Kapoor has been undergoing treatment in New York for the past six months. Many said that he has cancer but the details of his disease never came out.

Now, the news is that Rishi Kapoor is indeed having cancer and is undergoing treatment. This news was revealed by his brother Randhir Kapoor who told the press today that his brother is almost cancer free and will return to India in the next couple of months.

Rishi Kapoor’s health became a hot topic when he did not even come for his mother’s funeral early this year.