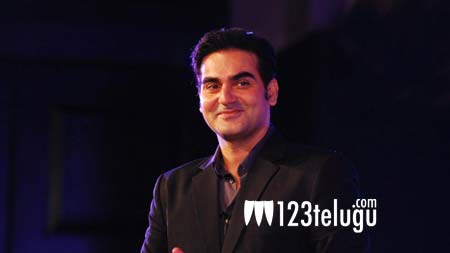 If the latest reports are anything to go by, Bollywood star Salman Khan’s younger brother Arbaaz Khan will be playing the antagonist in young hero Raj Tarun’s upcoming crime comedy. If the speculation ends up becoming true, this will be Arbaaz Khan’s comeback to Tollywood.

Arbaaz made his Tollywood debut with Chiranjeevi’s Jai Chiranjeeva, in which he played the chief antagonist. Apparently, the makers initially approached Bollywood comedy star Govinda, but the actor didn’t come on board for reasons unknown.

Raj Tarun’s film is being directed by Vamsi Krishna and produced by Anil Sunkara under his AK Entertainments banner. Anu Emmanuel will be playing the female lead in this film.