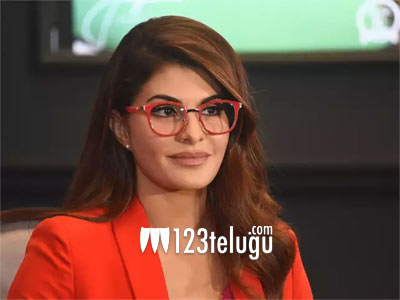 Bollywood actress Jacqueline Fernandez will be seen sizzling alongside Prabhas in the highly-anticipated action thriller, Saaho. Jacqueline had shot for a dance number titled ‘Bad Boy’ in Austria. The song appears just before a fight sequence in the movie.

In a latest interview with a popular English daily, Jacqueline described her experience with Prabhas as ‘surreal’. “It was surreal shooting with someone like Prabhas. He’s a superstar who works relentlessly till he gets things right. I just wanted to team up with Prabhas in some capacity, and I was excited when this song was offered to me. Prabhas rehearsed all his moves with me on the set till he had nailed it,” Jacqueline said.

Jacqueline went on to reveal that she and Prabhas had wrapped up the film within just 2 and a half days and that too without any prior rehearsals. Bad Boy, written, composed and sung by noted Punjabi-Hindi rapper Baadshah and Neeti Mohan, was launched at Saaho’s pre-release event last night.