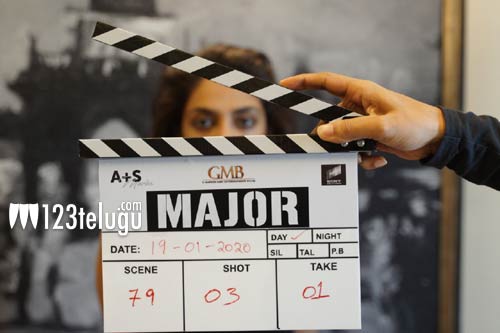 Hero Adivi Sesh is currently shooting for a biopic, titled Major. The film is based on the life of Major Sandeep Unnikrishnan, the brave NSG commando who sacrificed his life for the nation during the 26/11 attacks at the Taj Mahal Hotel in Mumbai.

As per the latest update from the film’s team, Bollywood actress and Telugu girl Sobhita Dhulipala has been roped in to play a crucial role in Major. Sobhita has already joined the shoot, which is underway in Himachal Pradesh. Incidentally, Sobhita had made her Tollywood debut with Adivi Sesh’s acclaimed spy thriller, Goodachari, a couple of years ago.

Major is being produced by Mahesh Babu’s GMB Productions in association with Sony Pictures Productions and A+S Movies. Shashi Kiran Tikka is the director.