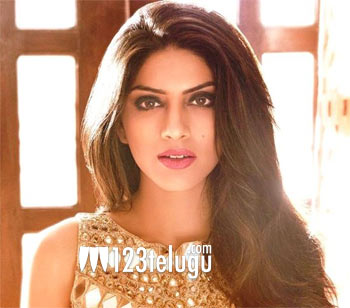 Varun Tej, Raashi Khanna starrer Tholiprema has become the talk of the town, thanks to a superb music album by Thaman. Besides, Varun and Raashi’s onscreen chemistry and George C Williams’ visuals have been making a lot of buzz.

Interestingly, the film will also feature Sapna Pabbi, who has previously acted in a few Hindi films, in a cameo. The actress has been paired opposite Varun Tej in the song Sunona Sunaina, which was shot in the UK. Tholiprema also marks her debut in Telugu cinema.

Apart from Tholiprema, Sapna Pabbi will soon be seen in Breathe, an Amazon web series which stars Madhavan and Amit Sadh in lead roles. We will have to wait and see if the actress signs more Telugu films in near future.