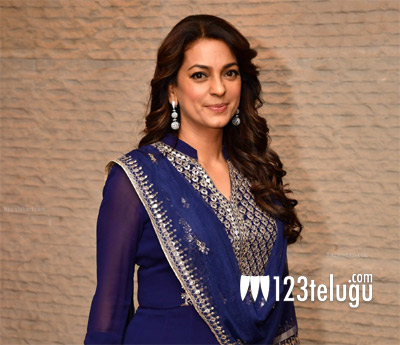 Miss India 1984 and former Bollywood heroine Juhi Chawla is well-known to Telugu audience through movies such as Krishna’s 1988 movie Kaliyuga Karnudu and Nagarjuna’s Vicky Dada. The actress was last Telugu movie is Nag’s Shanti Kranthi in 1991.

Recently, Juhi was in Hyderabad to take part in a session at the Young FICCI Ladies Organization (YFLO). During the event, Juhi was asked if she is willing to make a comeback in Tollywood. Juhi said that she would love to act in Telugu movies provided she is offered strong roles.

Juhi will next be seen in a special cameo in her good friend and Bollywood superstar Shah Rukh Khan’s next film, Zero.