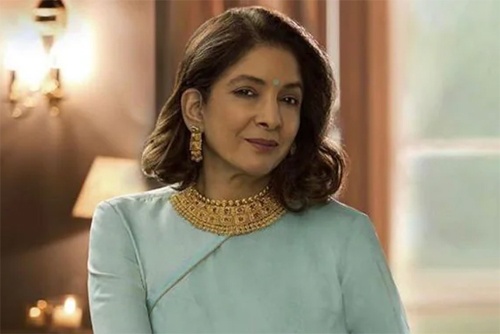 Veteran Bollywood actress Neena Gupta’s autobiography ‘Sach Kahun Toh’ is causing a minor storm in film circles. Neena has made some shocking revelations in her memoir and a special episode of facing casting couch in the film industry is creating ripples.

In her book, Neena wrote about her embarrassing casting couch experience with a famous South Indian film producer who offered her to spend the night with him to cast her in her film. Neena revealed that the producer invited her to his hotel to discuss a project when he visited Mumbai. And when she called him from the hotel lobby, he asked her to come upstairs.

“My basic instinct told me to not go upstairs. That I should ask him to come down to the lobby instead,” wrote Neena. Neena still went upstairs and the producer spoke to her about the heroines he had launched in the South film industry. The producer went on to offer Neena protagonist’s friend’s role in his upcoming film.

“When he explained it to me, I seemed like a very small part,” Neena wrote. And when she told the producer that she was not interested in the role and that she had to go, much to her shock, the producer said, “‘Go? Where?” Aren’t you going to spend the night here?’,” the producer asked Neena.

“Suddenly, I felt like someone had just poured a bucket of ice water on my head. My blood froze,” she wrote. Neena added that the producer took her bag, threw it in her arms and said that she could leave and that no one is forcing her, after which the actress stormed out of the room.