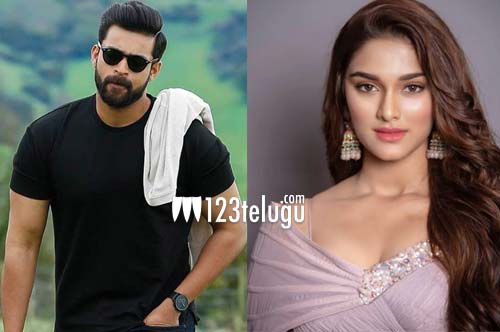 It’s well known that Bollywood starlet Saiee Manjrekar will be making her Tollywood debut with Varun Tej’s ongoing boxing drama, Ghani. The latest updates reveal that Saiee will be seen in the role of a college student in this intense action drama.

Now, in a latest interview, Ghani’s director Kiran Korrapati has revealed that they had given the film’s bound script to Saiee before she commenced shooting for her part. Much to everyone’s surprise, Saiee did her preparation back home and rendered all her dialogues in Telugu with perfect diction and emotion on sets. It remains to be seen whether Saiee will be dubbing in her own voice in the movie.

Allu Venkatesh and Siddhu Mudda are jointly bankrolling the movie. Thaman is scoring the soundtrack. The film is slated for release on July 30 along with Prabhas’ and Pooja Hegde’s Radhe Shyam.