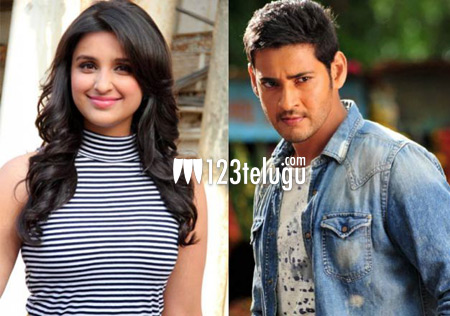 Soon after the completion of his ongoing film, Brahmotsavam, Mahesh Babu will be joining forces with star Tamil director AR Murugadoss for a high budget entertainer. Sometime ago, there were reports that Keerthy Suresh was in talks for the film.

As per the latest reports, Bollywood beauty Parineeti Chopra is in talks for this project, along with Keerthy Suresh. Even the Premam girl Sai Pallavi is under consideration and it is being said that Murugadoss is keen on casting Sai Pallavi opposite Mahesh.

None of these actress have been finalized until now and the makers will take the final call pretty soon. This as yet-untitled film will have its music by Harris Jayaraj and cinematography by the legendary DOP Santosh Sivan.