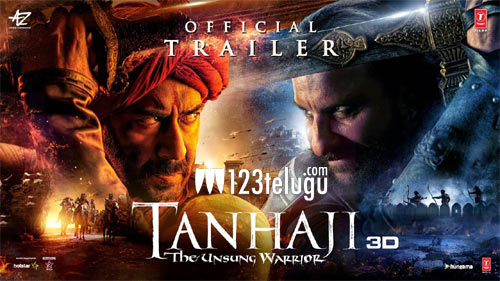 Looks like Bollywood is heavily inspired by Baahubali that, time and again they are launching and making big-budget historical films.

Post the trailer release of Panipat, which was based on a Maratha king, one more film based on the same Marathas, Tanhaji was out today.

Featuring Ajay Devgan and Kajal in lead roles, the trailer was released today. By the looks of it, the trailer is really impressive and Saif is seen in a negative role.

The VFX, set work, and grandeur is surely big and is shot on a mammoth scale. Ajay Devgan himself produces this film.