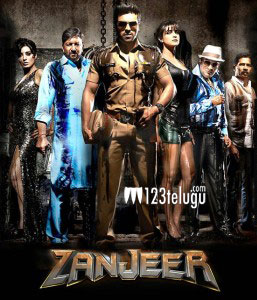 Mega Power Star Ram Charan’s ‘Zanjeer’ is all set for its massive release tomorrow. The movie will be premiered in Mumbai tonight but some people have already watched the film and some noted Bollywood critics are among them. They have all been showering praises on Charan after watching the film.

Mega family members are overjoyed with the early reports and they are waiting anxiously for the film’s release. Will Charan strike gold in Bollywood? Let us wait and watch. But it sure feels nice when a Telugu actor is appreciated by some of the most famous Bollywood critics.