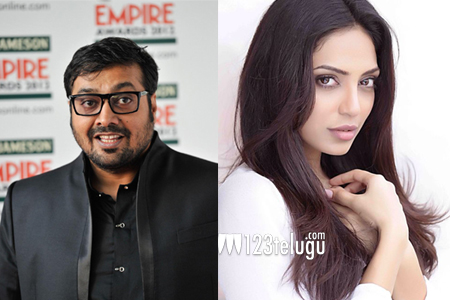 Telugu beauty and Miss Earth 2013 Sobhita Dhulipala made her Bollywood debut with the recently released Raman Raghav 2.0. The film opened to positive reviews and is doing well at the box-office and got decent recognition for Sobhita from critics and movie lovers.

However, the actress has been appreciated by none other than the film’s director Anurag Kashyap, who is hailed as the face of indie cinema in the country. Anurag said that he was so impressed with Sobhita’s perfection during the auditions that he didn’t feel like testing her again for Raman Raghav 2.0.

“She wasn’t like any of the models or Miss India winners I have ever met. It was a big surprise to see a Miss India who did not care about how she looked but did care whether she was getting the character and emotions right,” the director added. No wonder these encouraging words from the master will pave a golden path for the Telugu girl in Bollywood.