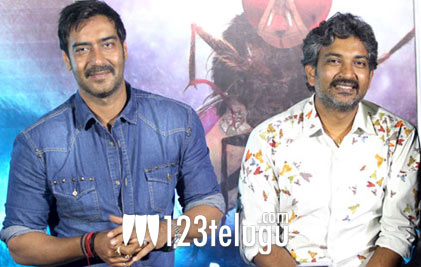 It’s a well know fact that recent Diwali hit, Son of Sardar is a remake of our super hit Maryada Ramanna. However the film has been majorly altered and has been set according to Punjabi nativity. Now, since the film has been a huge success director Aswini Dheer wants the creative genius S S Rajamouli to see his film.”I’d love Rajamouli to watch our film and tell us what he thinks of the changes. We’ve completely deviated from Rajamouli’s film and when Ajay took over, the comedy had to be entirely modified” said an excited Aswini. Rajamouli’s films like Maryada Ramanna, Vikramarkudu and Eega have been remade and released in Bollywood.