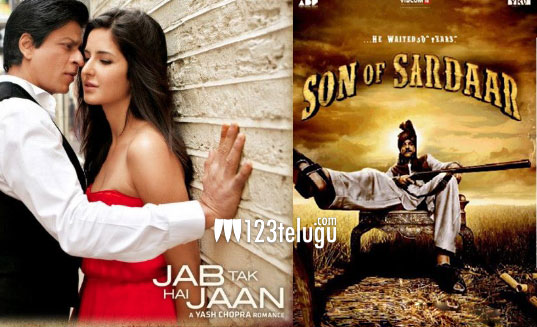 With many Telugu films getting postponed and re-shuffled, this week was mostly dominated by Hindi films. As it is the festive season and people are in a holiday mood, its sad that there is not much choice in terms of Telugu movies. Even the Tamil dubbed version Tupakkhi had a delay in its release. Today Hindi movies like Jab Tak Hai Jaan and Son of Sardar have released and given some choice for the movie goer. Probably it would have been a smart move to release at least one Telugu movie during this festive week.