Bollywood legend Dilip Kumar’s younger brother passes away due to COVID-19
Published on Sep 3, 2020 10:05 am IST 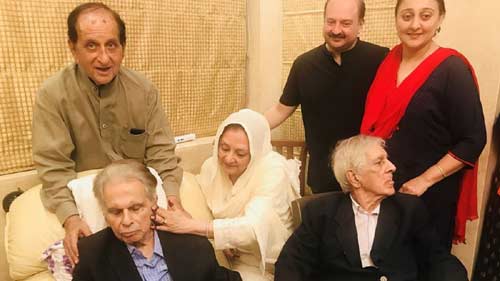 Yet another tragedy has struck Bollywood legend Dilip Kumar’s household. A couple of weeks ago, one of Dilip’s two younger brothers, Aslam Khan (88), breathed his last after contracting the Novel Coronavirus.

Last night, Dilip’s another brother, Ehsan Khan (90), too, passed away due to COVID-19. Ehsan breathed his last at the Lilavati Hospital in Mumbai at 11 pm. Ehsan also reportedly suffered from heart related ailments, hypertension, and Alzheimer’s, according to the hospital authorities.

Both Aslam and Eshan Khan were admitted to Lilavati Hospital in early August, after Aslam complained of breathlessness. Both the brothers later tested positive for COVID-19.