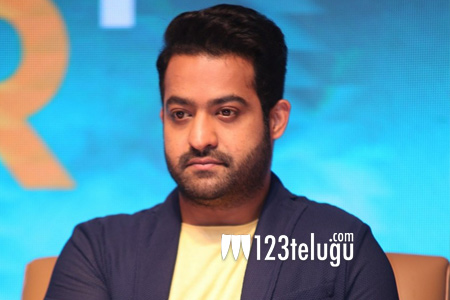 We all know that Vidya Balan is playing legendary NTR’s wife in the upcoming biopic NTR. Vidya Balan met the family of NTR yesterday and the snaps were all over the media.

Naturally, Bollywood media have also been covering this news in a big way but one such famous portal created a blunder of sorts with this news. They goofed up the news on their social media account by tagging Junior NTR’s Twitter handle.

Bollywood Hottie @Vidya_Balan Is All Set To Play @tarak9999’s Wife Basavatarakam In Her 1st #Telugu Film. This wrong tweet has gone viral and many are making fun of it by saying that even though NTR is nowhere interested in this project, his name keeps getting dragged into the film. 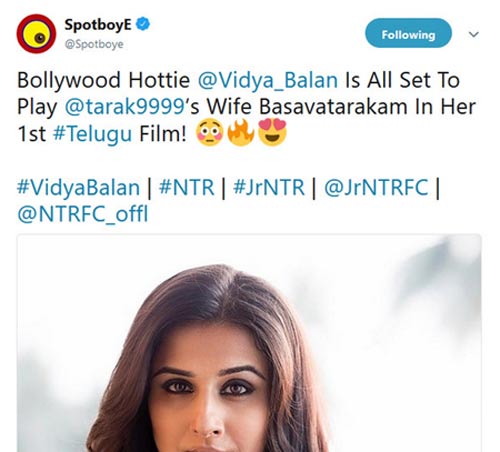