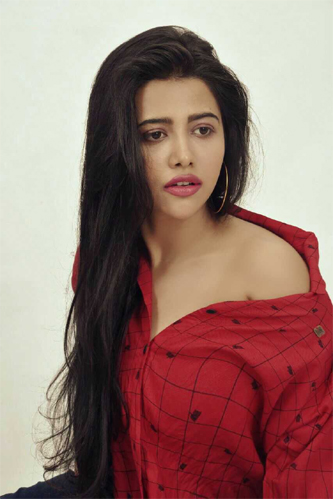 Rishika is super excited to share screen space with Govinda who is playing a dual role in the film. Speaking about her role, RIshika says “I am playing a cheerful, lively role and most exciting part is that I am doing action stunts in the film”.

Rishika is all set to make her debut in Telugu with Vijay Devarakonda and Puri Jagan’s Fighter and says that sh eis quite excited to do more films here in Telugu.